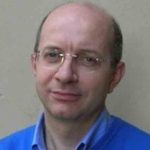 Prof. Galli has been involved in the development of nuclear transfer technology that has given Avantea a world reputation in the area of animal cloning. Amongst the “world firsts” is the cloning of a progeny tested bull (Galileo, 1999), the first horse (Prometea, 2003) and the first horse champion (Pieraz, 2005). In the last ten years, pig cloning has been developed with the birth of the first cloned piglets in Italy in 2006 and genetic engineered (GE) pigs in 2008 (Brunetti et al. 2008) combining GE and SCNT. He has the vision and the leadership to drive forward ambitious projects.

Prof. Galli will be the leader of WP1 and it will also be in charge of Avantea’s management duties, ensuring efficient collaboration and communication between Avantea and Xenothera.