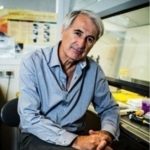 Prof. Soulillou is a clinician, nephrologist and immunologist of transplantation, as well as an emeritus professor at Nantes University.

After finishing his doctorate studies, he assumed responsibility for the kidney transplant program at the CHU in Nantes. He was appointed Professor of Immunology (1980) and Director of the Inserm Unit U211 « T lymphocyte Effector Research Unit » (1986), he was at the origin of the ITUN Institute, the first institute of Nantes that coupled fundamental research and clinical activities in the field of immunology and transplantation. From 1991 to 2009, Dr. Soulillou has made the CHU of Nantes the first European center for kidney transplants (more than 5,000) and among the first for the pancreas.

Author of more than 600 scientific publications, its reputation is worldwide. From 1999 to 2002, he was President of the Medical and Scientific Council of the French Graft Establishment. He has also contributed to the creation of 4 companies (Lynatech, TcLand Expression, Effimune and IDBC-A2Com). Since 2002, he is a senior member of the Institut Universitaire de France. He initiated the creation of the RTRS « CENTAURE », of which he was the director until 2011. In 2008 he received the Prize (basic science) of the Transplantation Society ; in 2012, the prize of honor of the INSERM, and in 2016 the MEDEWAR Price which is the highest international honor price rewarding outstanding contributions in the field of transplantation.

Prof. Soulillou is a co-founder of Xenothera, and he has contributed actively to its IP portfolio. He is now a member of the SAB of Xenothera, contributing with his ample expertise to the successful development of the company.